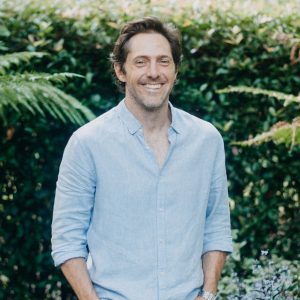 For the last twenty years Charlie has worked both in Australia and abroad winning two Silver Gilt medals for his designs at the world’s most prestigious flower show, and favourite of the British Royal Family, The Chelsea Flower Show in the United Kingdom.

Back home Charlie is passionate about creating stunning gardens that inspire joy & encourage Australian families to spend time together outdoors.

Charlie has a keen interest in using sustainable materials where possible and encouraging “homegrown” subsistence living. Charlie loves helping Australian families to grow plants and flowers as well as their own fruit and vegetables whether in a small apartment or a sprawling country backyard.

Charlie won a Silver Medal for his first Show Garden at the inaugural Australian Garden Show in 2013.  Then in 2014, Charlie had the honour of being invited to fly to London to work on the garden of prominent English Landscaper Alan Titchmarsh at the Chelsea Flower Show.

Charlie is an active member of the Australian Institute of Landscape Designers and Managers (AILDM), and an Ambassador for The Landscape Association (TLA), the peak body representing landscaping professionals across NSW and the ACT. During 2018 Charlie was awarded various AILDM and TLA awards for his work including ‘Best Design and Construction of the Year’. Charlie works primarily across high-end residential and commercial projects and has completed designs for luxury brands including The Shangri La Singapore, The Mark Moran Group and the Australian Turf Club.

Charlie is one of only seven international designers who were selected to design a garden for the Beijing Horticultural Expo running from April until November in 2019 with an estimated 8 million visitors.

Charlie is married to interior designer Juliet Love and they share two boys Leo and Hartford.