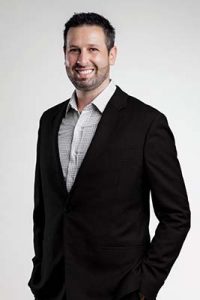 Blake Tatroe joins Michael Cassel Group focusing on the roll-out of the company’s touring theatrical productions around the globe, and the development of new musical markets. Blake has spent the entirety of his professional career working across the sports and entertainment industry specializing in business development, marketing, and commercialization. Most recently, Blake was at ONE Championship, Asia’s largest global sports media company, where he held the position of Senior Director, Event Marketing. Blake was responsible for the development and execution of the global tune-in and live event marketing initiatives for ONE Championship products.

Prior to this, Blake served eleven years with Feld Entertainment, the world’s largest producer and promoter of live touring family entertainment experiences including Disney On Ice, Marvel Universe Live!, Monster Jam, and more. During his tenure with Feld, Blake was integral part of the sales and marketing team in Asia Pacific, including his time as Managing Tour Director where he was responsible for establishing and negotiating tours in South Asia and Asia Pacific and, prior to this, Blake was the Senior Marketing Director, responsible for managing the event marketing, ticketing, and commercialization for the company’s touring shows throughout Asia Pacific. Blake’s strongest contribution has been his lead role introducing first time sports and entertainment experiences to Myanmar, Vietnam, China, Japan, Australia, New Zealand and more.