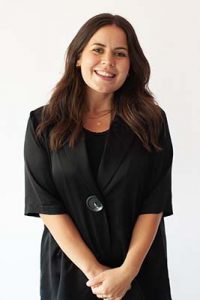 Bronte is thrilled to be back at Michael Cassel Group having worked on their Helpmann Award winning production of Kinky Boots in 2016-2017 as a swing.

After five years of touring and performing in the industry, Bronte made the decision to step off the stage and explore a different side of the arts sector.

Bronte has a Bachelor of Fine Arts (Musical Theatre) from the Victorian College of the Arts, which she attended on a scholarship, as well as being selected as one of five students to travel to New York as part of a global atelier program.

She is currently studying a Juris Doctor at Macquarie University, with hopes to pursue a career in intellectual property, combining her current legal studies with her experience in the industry.