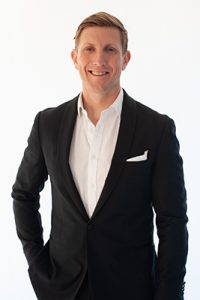 Cameron commenced his career as a lawyer and chartered accountant practicing as an M&A, tax and private equity advisor at PwC and KPMG in Australia and the UK. Previous roles include Chief Commercial Officer at A-League side Sydney FC and leading commercial development at Football Federation Australia (now Football Australia), as well as holding an honorary role at Big Bash League team Sydney Sixers, before taking on his prior role at Venues NSW.

Cameron holds a Bachelor of Laws and Graduate Certificate in Legal Practice as well as a Bachelor of Business, with Accounting Major, from the University of Technology Sydney (UTS).

Cameron currently serves on the Board of Carriageworks, the largest multi-arts centre in Australia, and is member of the Industry Advisory Board for the University Campus of Football Business’ (UCFB) Global Institute of Sport (GIS) based in the UK.