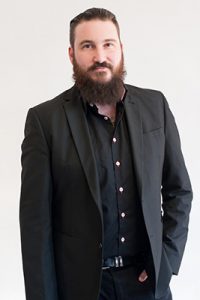 Vance joined Michael Cassel Group to oversee ticketing for Harry Potter and the Cursed Child, as our in-house Ticketing Wizard.

Prior to this he was booking bands at Melbourne’s best live music venue, Forum Melbourne. Working for the prestigious Marriner Group, he also looked after such roles as Ticketing Manager and Box Office Manager across four venues, including the Princess Theatre, Regent Theatre and Comedy Theatre. During his seven-year tenure he worked on many productions such as The Book of Mormon, The Lion King, King Kong and Once to name a few.

The ticketing journey began for Vance across a range of Sydney venues including The Capitol Theatre, Lyric Theatre, State Theatre and Sydney Entertainment Centre. He has also spent time working in the Event Programming Centre for Ticketmaster.

Vance has an educational background in music, with bachelor degree from the Australian Institute of Music, and dabbles as an amateur motorcycle mechanic in his spare time.