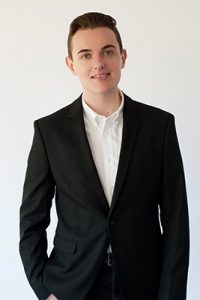 As a member of the Michael Cassel Group marketing team since 2019, James has worked across the Australian premiere of Hamilton, the first international tour of Disney’s The Lion King, the Melbourne premiere season of Sydney Theatre Company’s The Picture of Dorian Gray and Disney and Cameron Mackintosh’s new production of Mary Poppins. Concerts and events including The Royal Edinburgh Military Tattoo, the opening celebration of the ICC Women’s T20 World Cup and tours featuring Lea Salonga, Tina Arena and Rita Wilson.

James graduated from the Victorian College of the Arts with a Bachelor of Fine Arts (Film and Television) and the Queensland Academy for Creative Industries with an International Baccalaureate Diploma.