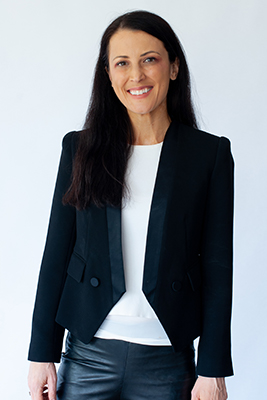 After more than fifteen years working across the Australian television and media industry Lucie joins the Michael Cassel Group as Director of Client Management.

Lucie’s career has been driven by a desire to connect with people, tell their stories, discover new talent, seek out opportunities and deliver high-quality content to a broad Australian audience.

Five years later, Lucie spent over a year in weekly magazines as News Editor for Woman’s Day before returning to the highly competitive world of nightly current affairs this time Today Tonight with the Seven Network.

As a producer Lucie’s most memorable stories remain a profile with the late Prime Minister Bob Hawke and Blanche d’Alpuget, and also a story about Colin McLaren, a former undercover police officer turned bestselling author and documentary maker who Infiltrated the Australian Mafia.

Lucie was promoted to Chief of Staff at Today Tonight where over two years she helped to lead a team of reporters, producers and production staff.

For the last Seven years Lucie worked as Supervising Producer at Australia’s number one morning show, The Morning Show with the Seven Network.