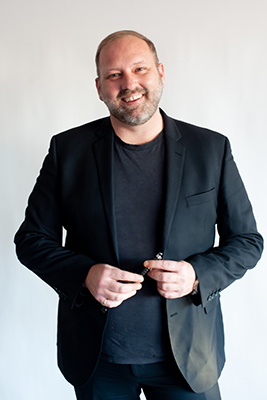 Nathanael Cooper is a media industry professional with nearly two decades experience at a local, state and national level, cementing his position as one of Australia’s leading advocates and storytellers of arts and entertainment, with a particular expertise in theatre.

Nathanael joined the country’s pre-eminent publisher, Fairfax Media in 2016, now Nine Publishing, as deputy culture editor where he was responsible for driving the culture news for Australia’s most read mastheads – The Sydney Morning Herald and The Age and setting the tone of the culture agenda in Australia’s two biggest cities.

Most recently, Nathanael has been leading the Sydney Morning Herald and The Age’s audio team as executive producer, overseeing the content and commercial success of the emerging storytelling platform.

He was the main host of Please Explain, one of the country’s most popular daily news podcasts and the executive producer of Liar, Liar: Melissa Caddick and the Missing Millions, Australia’s No.1 podcast.

He has previously held senior editorial roles at News Corp and APN.

Nathanael is thrilled to join Michael Cassel Group as Director, Publicity leading the country’s only in-house commercial theatre PR team, working on the most exciting shows in the world.