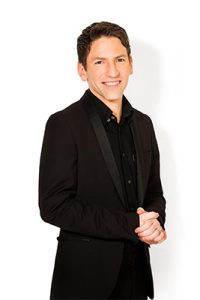 Rhys Holden has worked as a General Manager and Producer across the commercial and subsidised theatre sectors.

Previously, Rhys worked in company management for a range of companies including Really Useful Company on the Asian tour of Cats. At Sydney Theatre Company he worked as Company Manager, line-producing touring productions such as A Streetcar Named Desire (Kennedy Centre Washington, Brooklyn Academy of Music) and August Osage County (Steppenwolf Australian Tour). As Artistic Administrator, he produced STC’s commissions and new works programs; and project managed the design, build and launch of the STC’s renovated Bar at the End of the Wharf.

Rhys’ qualifications include a MBA from Deakin University and a Bachelor of Arts (Drama) Hons & Bachelor of Psychology from the Australian National University.