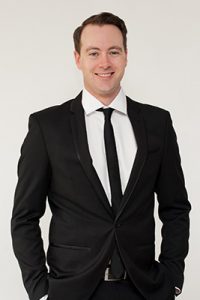 Having joined Michael Cassel Group in 2017 in the finance department, Rob also worked across administration prior to moving to his current role in early 2018.

In addition to providing CEO support, Rob is a key liaison for the company’s management clients, conducting event briefings with stakeholders and coordinating logistics. He is also responsible for VIP management across MCG functions and events.

Rob brings a diverse range of experience to Michael Cassel Group. He previously managed Stage Door at Sydney Lyric and Capitol Theatre operating as the main communication channel for production requirements to the venues. Before becoming interested in the production side of theatre, Rob was a performing artist. He worked in the independent theatre sector, in feature films and appeared on various programs for the ABC and the Seven Network.

He graduated from the Western Australian Academy of Performing Arts (WAAPA) in 2010 and has been an active part of the Sydney theatre scene since.