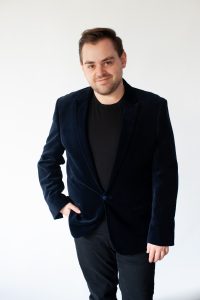 Yossi graduated as Valedictorian from the Victorian College of the Arts (VCA) with a Bachelor of Production (Lighting/Stage Management) in 2012.

He has worked at Michael Cassel Group since 2014 in a variety of roles across several productions in Australia and Asia including Hamilton, Harry Potter and the Cursed Child, Beautiful, Kinky Boots and Les Misérables.

In 2019, Yossi was Associate Producer of the Helpmann Awards, which were presented in Melbourne for the first time.

Other professional credits include Assistant Stage Manager on the Australian Tours of Grease The Musical (GFO/Howard Panter) and Legally Blonde The Musical (John Frost/Sue Farrelly).