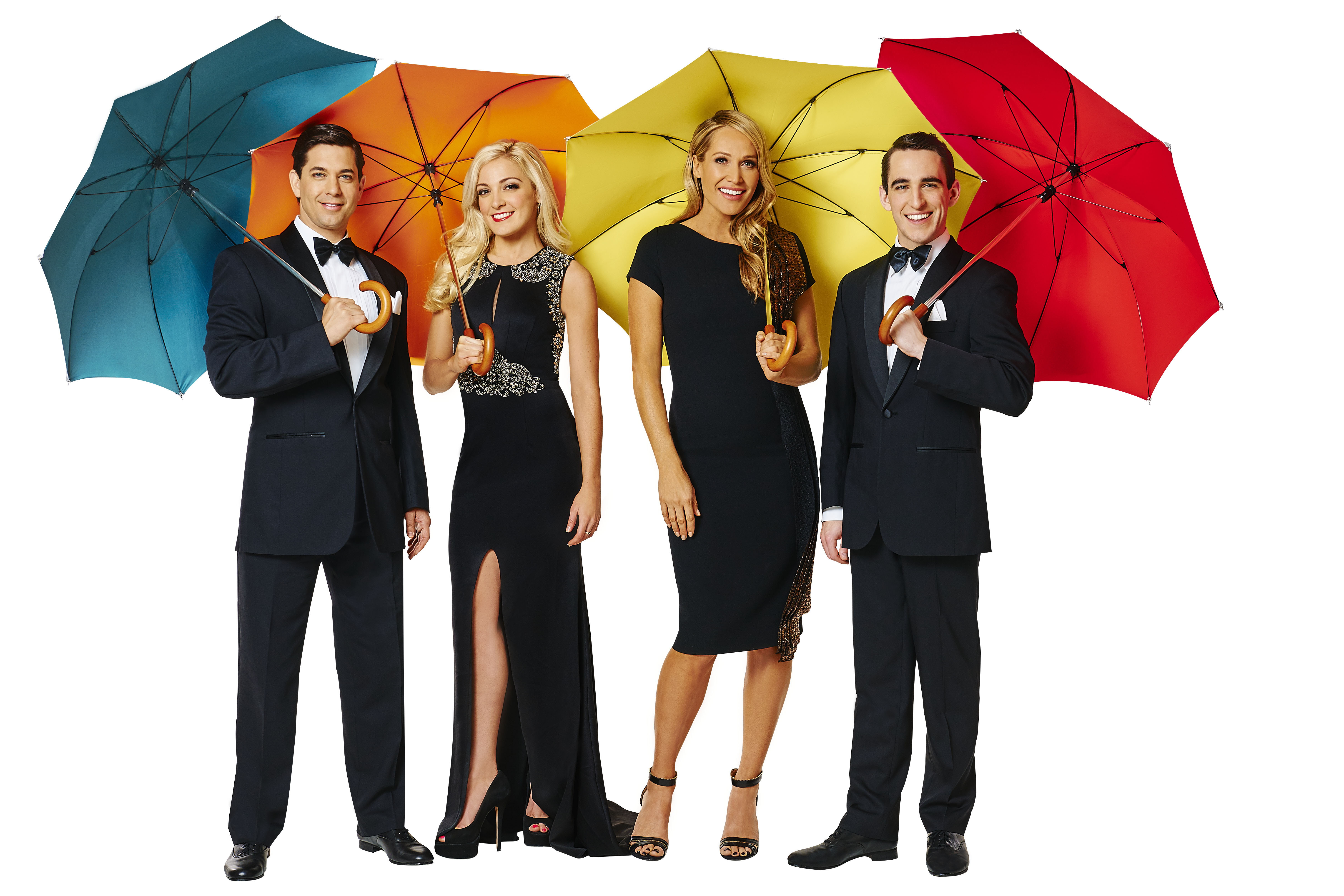 The full Australian cast of the splash-hit West End stage production SINGIN’ IN THE RAIN has today been announced. The production will open next May at Melbourne’s Her Majesty’s Theatre, followed by a season from July at Sydney’s Lyric Theatre before touring to Brisbane, Adelaide and Perth.

Already confirmed star of stage and screen Adam Garcia will play the lead role of Don Lockwood in this Australian production. Adam most recently graced Australian TV screens as a judge on popular program Dancing with the Stars and in the UK as judge on Got to Dance. His incredible dance ability was first recognised when he was cast alongside David Atkins in his original production of Hot Shoe Shuffle in Australia and the UK. Adam was also a founding member of the hugely successful tap group Tap Dogs with Dein Perry. Since then the multi-talented performer has gone on to achieve international success starring in West End stage productions including Saturday Night Fever, Wicked and Kiss Me Kate winning him critical acclaim and also two Olivier Award nominations. He has also starred in Hollywood blockbusters Coyote Ugly and Riding in Cars with Boys.

Joining Adam as his sidekick Cosmo Brown is the dynamic Jack Chambers. Earning a place in Australian entertainment history when he won the first So You Think You Can Dance in 2008, Jack went on to spend 14 months in New York working as a choreographer and teacher at the prestigious Joffrey Ballet School, returning to Australia to star as Link Larkin in Hairspray the Musical.

The role of aspiring actress Kathy Selden will be played by the extraordinary Gretel Scarlett, star of Grease, Wicked and Mamma Mia! One of Australia’s emerging leading ladies, Gretel was a finalist in 2011’s ‘ANZ Trustees Rob Guest Endowment Award’ and last year released her debut album Hopelessly Devoted.

Erika Heynatz, nominated for a Helpmann Award for her role as Brooke Windham in Legally Blonde and earning rave reviews for her portrayal of Magenta in The Rocky Horror Show, will play Lockwood’s vapid leading lady, Lina Lamont. With a comprehensive and full career that spans more than 40 years, Robyn Arthur joins this stellar cast as Hollywood gossip reporter, Dora Bailey.