Strictly You By Sonia Kruger 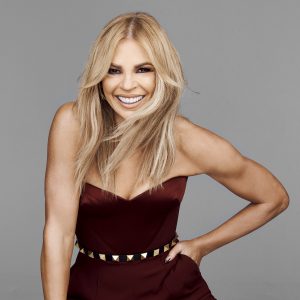 STRICTLY YOU BY SONIA KRUGER

Sonia is one of Australia’s most recognisable and accomplished television anchors and presenters. Since the age of four Sonia has been a dancer and spent the early part of her career competing professionally both in Australia and internationally.

Sonia began her dancing career in Brisbane where she excelled in Ballroom and Latin American dancing. Sonia has represented Australia at the Amateur British Ballroom Championships and is an Australian Ballroom, Latin & New Vogue Professional Champion.

After starting out in morning television Sonia broadened her skills as an entertainment reporter for the then leading national current affairs program Today Tonight.

Sonia’s talent as an interviewer and presenter saw her quickly become a sought -after host for prime time, “tent pole” formats on the Seven Network including Dancing With the Stars, Big Brother and The Voice.

Throughout her entertainment career, Sonia often gets asked how she stays so fit and healthy. Through Sonia’s online subscription platform “Strictly You” Sonia wants to share the joy of dancing and teach Aussie women how to get fit and have fun in a safe and supportive environment.

“Strictly You by Sonia Kruger” features a series of danced based workouts, including low impact fitness, high energy dance routines and a revolutionary calorie specific meal plan tailored to women and families. The program has been described as the most fun you can have whilst getting fit. Every day provides a different workout and each week unlocks a new dance to learn and keep. Women across Australia have been benefiting from the program for the past 12 months and have seen incredible success.

Reaching over half a million Australians across her social media channels Sonia engages with followers about life on the set but also Sonia’s life behind the scenes as a Mum to daughter Maggie and, of course, dancing to keep fit and have fun.

For more information on Strictly You.